Error minimization and new features of the myDatalogEASY V3

The myDatalogEASY V3 is a universal data logger with which you record, process and transmit signals to a central web platform. For the recording of the signals there are different interfaces (universal inputs, RS232, RS485). Via the isolated switch contact, the direct control of an actuator is possible.

The myDatalogEASY V3 is the logical development of the myDatalogEASY family. A large number of potential sources of error due to installation and operation, as well as bulky hardware designs that lead the user to errors were eliminated.

The usability and the robust assembling of the individual components were in the focus at the hardware design of the myDatalogEASY V3. According to the “Poka Yoke” principle, sources of error can be eliminated in advance with a sophisticated hardware design.

Poka Yoke is a concept that avoids errors through technical facilities. A few millimetres of plastic are often already sufficient for a plug to be plugged into the socket in only one way. For example, think of an RS232, RS485 or USB socket, which the myDatalogEASY V3 provides. Also the PSU (Power Supply Unit) of the myDatalogEASY V3 can only be plug into the device in one correct way. All other possibilities are already excluded by the design.

The PSU is inserted into the provided mounting of the myDatalogEASY V3. The PSU is now firmly anchored and cannot wobble or slip. The removal of the PSU is simply possible with holding straps. The fixation with a hook and loop fastener is a thing of the past.

Which PSU is the right one?

When choosing the PSU, it is important to exactly know the requirements of the application the existing infrastructure. Do you have a power connection? Is direct current or alternating current applied? Do you need a buffer battery for a power outage or does your system already have an emergency power supply? If there is no power connection at the measuring site, you have to consider whether you want to operate the device with a battery or rechargeable battery? Is it an alternative to supply the battery via a solar panel and thus operate your application autonomously? Microtronics will be pleased to help you choosing the right Power Supply Unit for you! 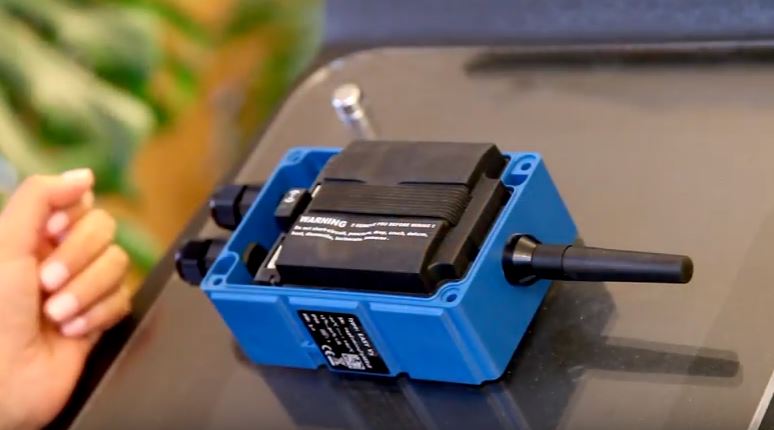 If you know the predecessors of the myDatalogEASY device family, you may notice that the pressure compensation is now at the bottom of the case. This has created more space for the cable screw connections which are now larger. This makes it easier to connect your sensors to the myDatalogEASY V3.

The positioning of the myDatalogEASY V3 works via GSM cell location. At least three antenna masts are used for triangulation. This always works only to a limited extent and can mean an inaccuracy of several kilometres depending on the distance of the masts. Therefore, the position is represented by a red circle (radius).

For many applications, this degree of accuracy in positioning is adequate. Sometimes an exact determination is necessary for a few metres. Therefore, the myDatalogEASY V3 offers an additional, optional feature. With a GPS extensions module which is installed in the device, the myDatalogEASY V3 can precisely determine the position.

Take advantage of the benefits

With the 4-Channel Data Logger you get the proven myDatalogEASY V3 hardware. In addition, the 4-Channel Data Logger already contains a finished script. The script is suitable for applications where you want to collect data on up to 4 universal inputs. These data can be used for monitoring, reporting and alarming purposes. Via a potential-free switching contact, you can also directly control an actuator.

You are not sure if your application can be implemented with the 4-Channel Data Logger? Do you have more questions about myDatalogEASY V3? So do not hesitate and call us or write an e-mail!