Smart, connected products are hybrids, because they are composed from parts of the physical and digital world. As a result, in the Internet of Things, the business model inevitably mixes patterns of the digital and the physical (non-digital) world together.[1] 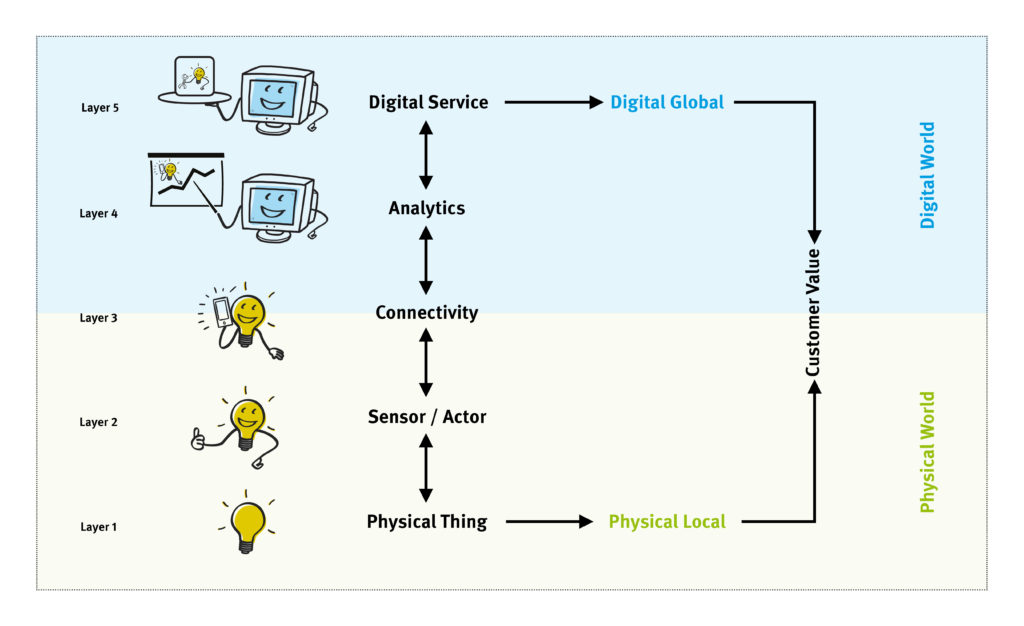 Value-creation layers at an Internet of Things application[3]

Using the example of QGate the five value-creation layers of an IoT application are discussed. QGate is a smart home application. The “smart” connection plug for grounded plugs enables a lot of applications with some integrated sensors.

On layer 2, the physical thing is enhanced with a microprocessor, sensors and actuators, allowing local data to be captured and local actions to be performed. The benefit for the user can thus be significantly increased in relation to layer 1, but is still limited to the immediate environment.[1]

The “smart” connector plug used as an example has sensors for measuring the temperature, brightness, noise level and energy consumption of the device connected to it. It also has the ability to switch the power supply of a connected device on and off. In combination with an electric fan heater, for example, a holiday home can be protected from frost damage. The ambient temperature is permanently monitored by the temperature sensor. If required, the actuator activates the energy supply of the fan heater and thus creates a local benefit. 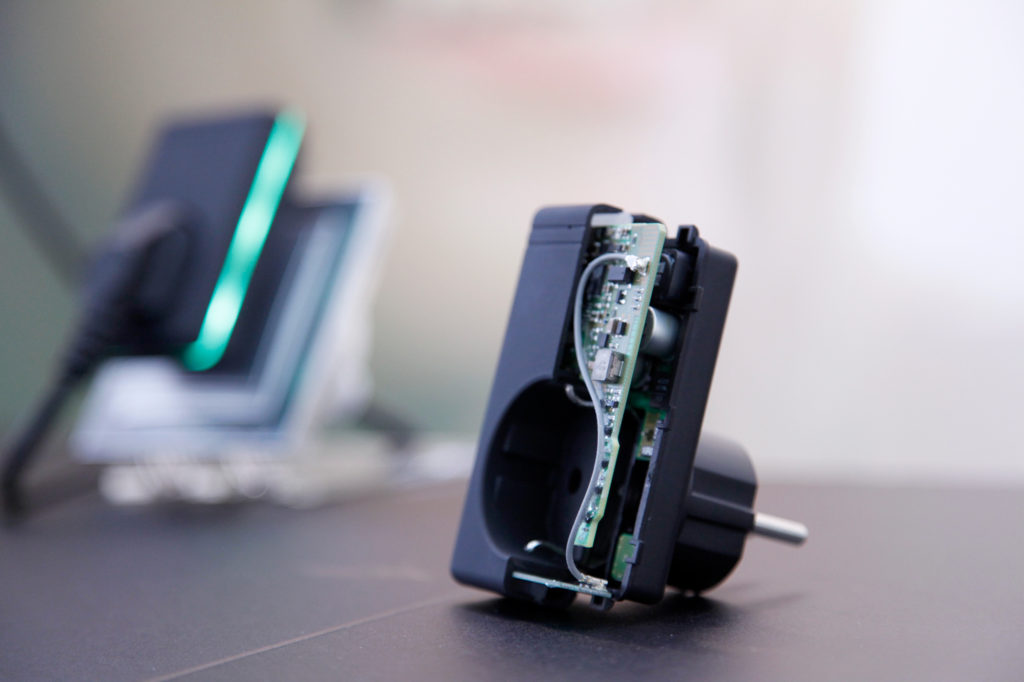 This level gives the lower levels access to the Internet. This enables global access to the sensors and actors.[3] The GSM modem built into the “smart” connector plug from the current example allows authorized users worldwide access to the data at negligible marginal costs.

Connectivity on it own does not yet create any value. From layer 4 upwards the sensor data are collected, stored, checked for plausibility, classified and linked with data from other online services and the values for the actuators can be calculated. This Is typically done in the cloud.[3]

In the example of the “smart” connector plug this means following for layer 4. If several “smart” connectors are used in a holiday home, the switch-on and switch-off times of the various fan heaters are stored. The other measured sensor values (brightness and noise level) are evaluated to detect an intruder and the energy consumption of the individual fan heaters is recorded.

On this layer, digital services are created that can be provided globally in the form of a smartphone application or a web service. They combine the possibilities and functions provided by layer 1 to 4 and are thus inseparably linked to the data generating, smart, connected products. The characteristics of a digital business models apply to these digital services.[3]

On this layer, in combination with the “QGuard” smartphone application, does the “smart” connector plug become an alarm and monitoring system that, in addition to protecting the holiday home form frost damage, can also inform the user about the current state (e.g. temperature and energy consumption) and unauthorised intrusion. If a siren is connected to the “smart” connector instead of the fan heater, the burglar can be driven away by the generated noise. All these functions are available at negligible marginal costs. 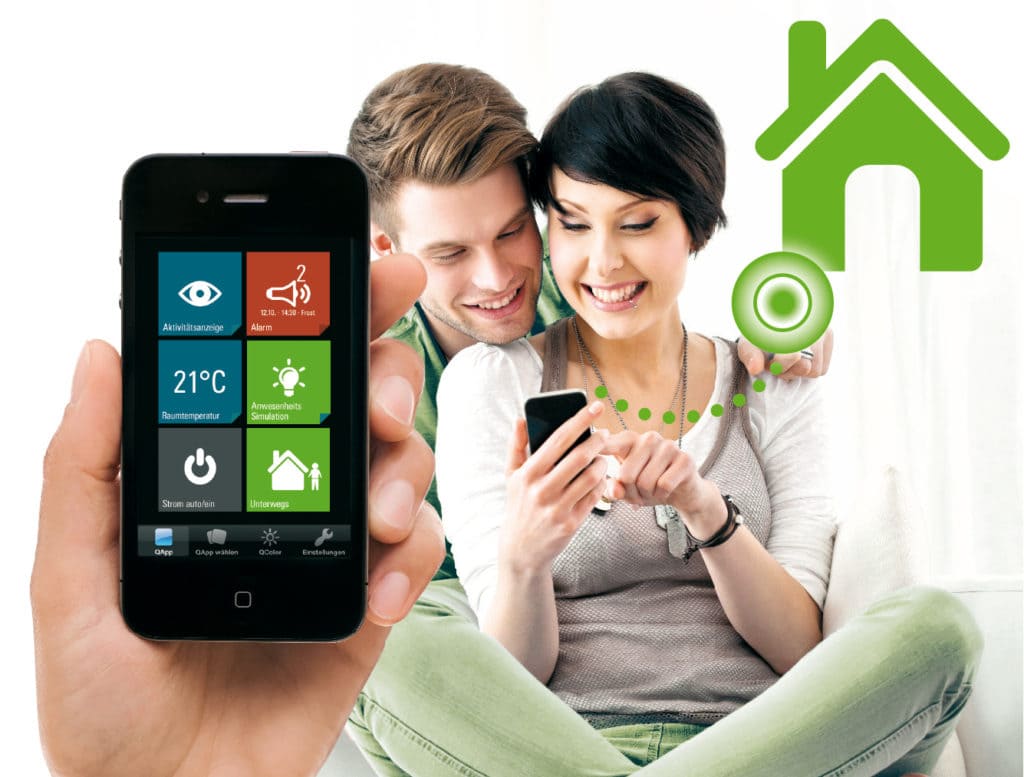 The bidirectional arrows in the 5 value-creation layers indicate that the individual layers cannot be created independently of each other. With a high-quality IoT application, the integration extends down to the level of the physical components and thus represents more than a mere addition of the individual layers. A separated consideration would make various attractive digital services impossible, which is why the development of hardware for smart, connected products is increasingly determined by the digital layer above them. The intertwining of the development of hardware and digital services is therefore becoming increasingly important.[3]